All brands want their content ranked highest on users’ news feed, and Facebook knows this. That’s why they keep implementing strategies to get users’ feedback.

By gathering information from users about what they like to see, Facebook can display the things they’ll likely engage in on their news feed.

Over the next few months, Facebook has shared that it will be focused on four feedback-driven signals to gather feedback from user

Below we share some more information on the four feedback-driven approaches that Facebooks takes to gather information from users.

The majority of Facebook users want to see content that inspires and uplifts them. Facebook surveys users to determine which posts activate these feelings in them. Based on users’ responses, Facebook will incorporate more content they find inspirational higher up in their news feed.

Do You Want to See Less of This?

By looking at engagement signals, Facebook can determine which posts users want to see less of. If a post generated a majority of negative responses, Facebook might issue a survey to determine why users won’t enjoy seeing similar content in their news feed.

Do You Want to Hide This?

To make it more obvious, Facebook announced that they’d share a new option to make post hiding more notable. If users come across a post they don’t want on their news feed again, they can choose to hide it.

There are already thousands of existing feedback signals used by Facebook to determine content ranking. These four new signals will be used alongside the rest instead of acting like replacements.  Reactions, shares, and comments get a lot of attention from Facebook when news feed rankings are determined.

These engagement signals, paired with survey-style feedback, will provide Facebook with more information than ever before to see what users really want.

We’ll leave you with a few words from the Facebook team.“While a post’s engagement — or how often people like it, comment on it, or share it — can be a helpful indicator that it’s interesting to people, this survey-driven approach, which largely occurs outside the immediate reaction to a post, gives a more complete picture of the types of posts people find most valuable and what kind of content detracts from their News Feed experience.” 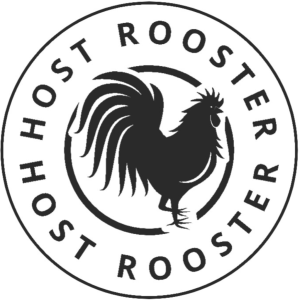 BestKnownHost is supporting everyday entrepreneurs around the world by providing all of the tools to succeed online. Editorial Staff at BestKnownHost is a team of experts led by Dean Jones. Trusted by thousands of readers worldwide. With customers worldwide, BestKnownHost is the place people come to envision their idea, build a professional website, attract customers and manage their work. Our philosophy is simple; the internet should be for the many, not the few and our mission is to give our customers the tools, insights and the people to transform their ideas and personal initiatives into success. To learn more about us, visit BestKnownHost.com

PrevPreviousYour Brand Needs a Style Guide: This is Why
NextWhy Content Marketing is Key to SuccessNext
On Key

Link it Right! How to Improve SEO Through Linking.

Backlinks to your website as well as outbound links from your website play a major role in Search Engine Optimisation.

If you want to drive traffic to your business or brand, writing and publishing solely on your own website won’t

According to a recently published study in the journal Nature, humans have been sharing stories for over 44 thousand years!

All brands want their content ranked highest on users’ news feed, and Facebook knows this. That’s why they keep implementing